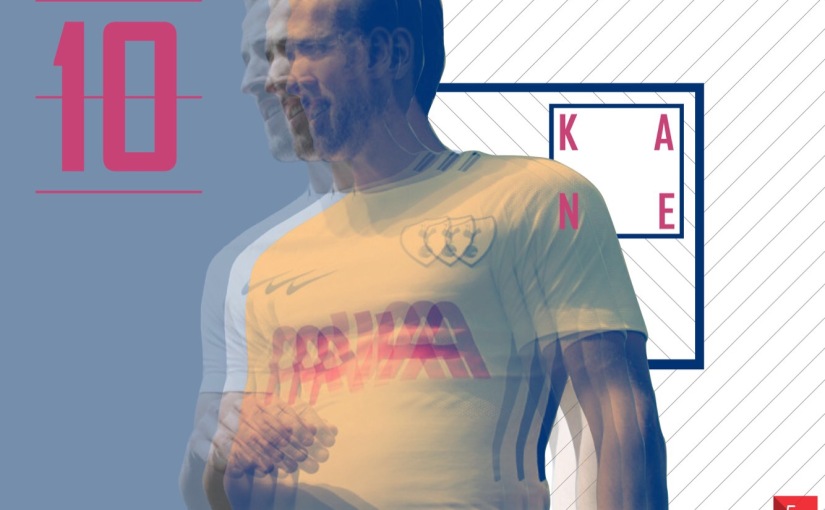 Another season and Harry Kane keeps on scoring. Some things never change. His early performances in this campaign have lead to compliments from his manager, Mauricio Pochettino. First Kane was compared to an Argentinian legend who played with his boss for their national side.

“Batistuta was a killer, a strong mentality, a strong shot. You can compare but for me I put Batistuta higher, but Harry can be better. Harry is a killer, too. Look at his scoring in the last few seasons.” (Mauricio Pochettino)

High praise indeed. It could have been a ploy by the Spurs boss to motivate his player to carry on improving and reach new levels. But there is no reason why the Englishman cannot go on and emulate legends of the game. At the very least it gave the the Tottenham goalscorer a decent nickname. Killer Kane. His manager was not finished there. After the Batistuta comment he went one step further.

Now in terms of world football at the moment there is still a separate bracket of seriously world class players at a level never seen before. Ronaldo being one of them Kane is still some way off the Real Madrid star and his Barcelona rival Lionel Messi. The key part of Pochettino’s comment is the fact Kane is younger. He is still working on his game and improving his skills. As his reputation grows his opposition will fear him more.

The comment has to be taken on face value regardless of Kane’s age. And it has to be labelled as complete nonsense. There is no doubt that Ronaldo is better than Kane at the moment. The ex Manchester United attacker has surpassed the level even Sir Alex Ferguson could have imagined  when he brought him to Old Trafford. Over 10 years at the top taking all the expectation on his shoulders at two of the biggest clubs in the world show just how good Ronaldo has become.

Kane is starting his fourth full season as a regular Premier League player. The striker has performed well and after bursting on the scene in 2014/15 with 21 league goals. Many people believed that Kane would be a one season wonder due to his surprise run of form and he would begin to struggle the next season. The predicted dip never happen and Kane bettered his tally scoring 25 in the Premier League for Tottenham.

If there were still doubters last season Kane really turned up the heat. Retaining the golden boot award he won the season before he once again bettered his return and scored 29 goals in the league and 35 in all competitions. Surely now the critics do not have a leg to stand on, he has proven he will score goals consistently when playing regular football. You would not bet against the Spurs striker equalling Thierry Henry and Alan Shearer’s record of winning the golden boot in three consecutive campaigns.

Tottenham stepped forward as Real Madrid’s main rivals for top spot in their Champions League group when they beat Apoel away by 3 goals to 0. All 3 goals were courtesy of their talisman. As if his first European hat-trick was not already satisfying enough it was perfect. The first with his left boot, the second with his right and finally a headed effort was added. It will be Tottenham’s adventures in Europe that will ultimately define Kane’s career. If he can do it in the Champions League his reputation will increase. He has the perfect opportunity in the next couple of game weeks. Back to back matches against reigning kings of Europe Real.

Happy to clap this man off with the match ball @HKane 👏🏻👏🏻 big win for us and top support, safe journey home pic.twitter.com/SV5v8VOAEI

There is a feeling that if Tottenham cannot produce trophies Kane may move on. Ultimately that is how football works. But why would he leave? The team is set up to create chances for their star striker. Dele Alli plays behind him moving and creating space for Kane and Christian Eriksen has such a quality delivery the forward only needs to get in the right position. The qualities the Spurs number 10 posses will lead to interest from the footballing elite if the club cannot grow with him.

Another factor in Kane’s happiness at the London club is the wage structure Tottenham employ. Kyle Walker left for Manchester City in the summer and Danny Rose tried to force his way out. Spurs have a strict salary structure in place and do not offer as much in wages as their rivals. It should not be a factor but the reality of modern football means that it is a considerable one. It is vital for Spurs to keep Kane if they want to progress as a club.

The comparison with Ronaldo is unfair. They are different players. Ronaldo is far more dynamic and started out his career as a winger. He had to modify his game to play centrally and become a goalscorer. Even though Kane is not as competent at dribbling and creating chances he is more of a natural striker and goalscorer. When Kane gets a chance it is more often than not a goal. The comparison to Batistuta is substantially more accurate. The way he develops will be key to any legacy he leaves and the level he can reach is unknown. If he can keep improving and his eye for goal stays sharp he could become one of the best.

Stars in football rarely come out of the blue. Many prospects are monitored from an early age and football fans have a good knowledge of who will break through and become a superstar. Kane was on the radar but when he stepped up to the first team few believed he would make the impact he has. Now he is established as a key player at White Hart Lane, a highlight in the Premier League and an established England first team player. Not too bad for a player once released by Arsenal.

He has put down the foundations and now new challenges are emerging. European success, Premier League success and some sort of success with England are on the agenda. He is the brightest star for Spurs and England and with a growing reputation comes added pressure. Now the road towards a long standing legacy in football has been paved the long journey to realising it can begin.